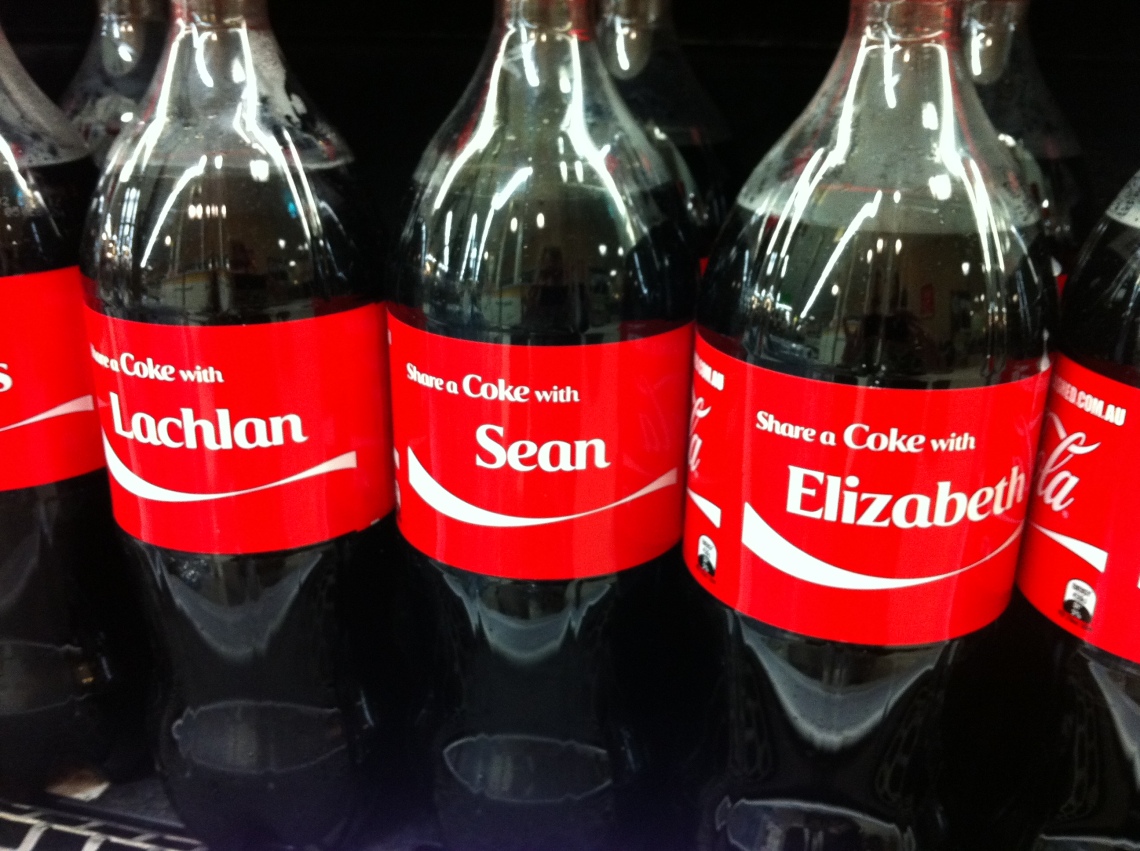 Coca-cola started a new campaign that they hoped would increase sales by creating a stronger, more personal connection with current and potential customers. Coca-cola learned that at least 10 million teens in the United States had not had a Coke in the previous year, so their idea was to take the 250 most common teen names and put them on every Coke bottle/can (owned). No other brand was doing anything like this. This campaign made people feel special when they came across their own name. Selfies were circulating with the #ShareaCoke hashtag, and Coca-Cola even used their social media accounts to advertise personally to people with a certain name. For example, only people named Elizabeth would see an ad that was targeted at them on their Twitter feed. After this campaign, 1.25 million more teens said they tried a Coke.