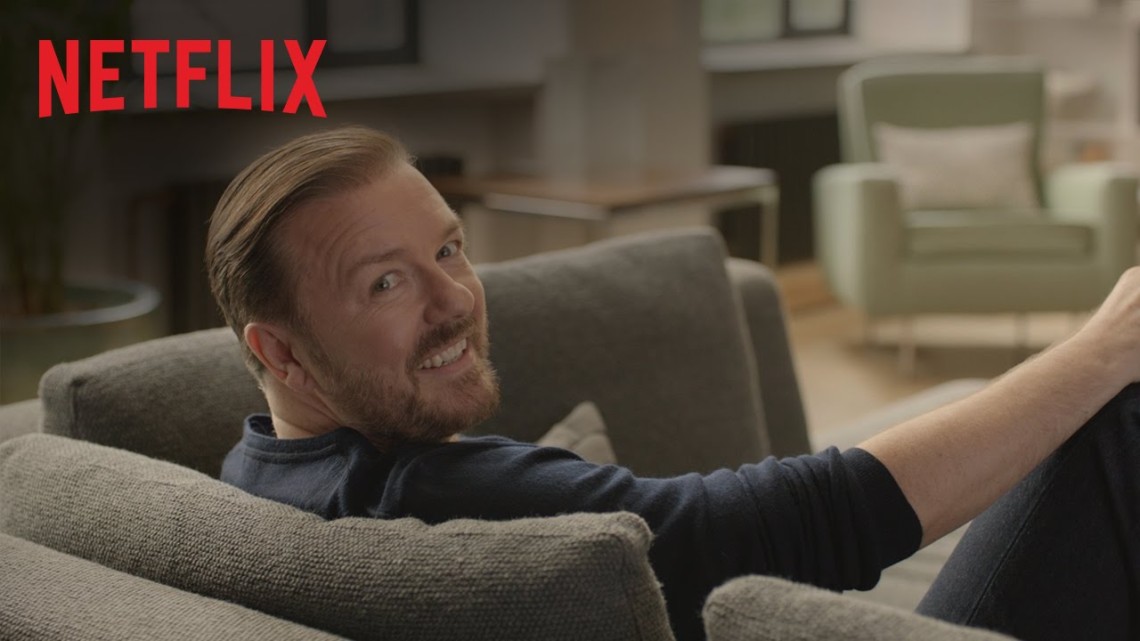 The well known video streaming service Netflix has created a number of well known advertisements over the years. Some ads are Netflix original series characters promoting Netflix as a brand in the setting of their own show. Others are humorous viewer ads showing everyday people like you and me trying to access Netflix in humorous dramatic (movie) ways. Netflix decided to take these two concepts and combine them into one.
Netflix released this sort of ad entitled “Superfan” starring well known actor Ricky Gervais, and how he feels so connected with his shows it’s almost as if he was in them. The rest of the ad goes on to show clips of Ricky Gervais in different Netflix original series shows trying to be the main character. Netflix created this sort of advertisement to connect with its consumers. In a humorous memorable way, to show that everyone (even Ricky Gervais) can have a personal connection with their favorite Netflix show. Netflix also embodied the idea that it is ok to be a Netflix superfan, because even the most famous of people are to. This ad was aired on television, but mostly was seen online through social media and on different online viewing outlets.

View all posts by reaganbergen