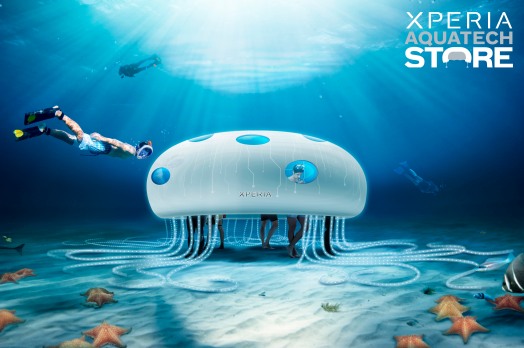 Sony Mobile Middle East came up with a 3-day underwater store located in the Arabic sea to sell their phone. The reason why they chose underwater was because they wanted to promote the selling point of the phone—it’s waterproof feature. The store had free Wifi in addition to it being underwater.

Their target audience was phone users aged from 18-49 who lived in the Middle East. Their goal was to attract potential customers.

Sony did some research on the sales of their Xperia smart phone and found out that the people in the Middle Eastern region lack awareness of the brand. Instead their competitors, Apple and Samsung were getting more attention so they came up with a 3-day underwater store.

On their website, they gave an insight on how the underwater store was built. To promote the event, they used Twitter teasers, a Facebook competition and a real-time social media feed. They used paid media to build the underwater store and also promoted Tweets on Twitter to promote the events. They also generated a lot of earned media with their Facebook competitions, which created engagements and their free WiFi that allowed visitors to post and Tweet real-time updates and videos. Lastly, They made use of their owned media such as their websites and social media handles.

View all posts by chelsiechow