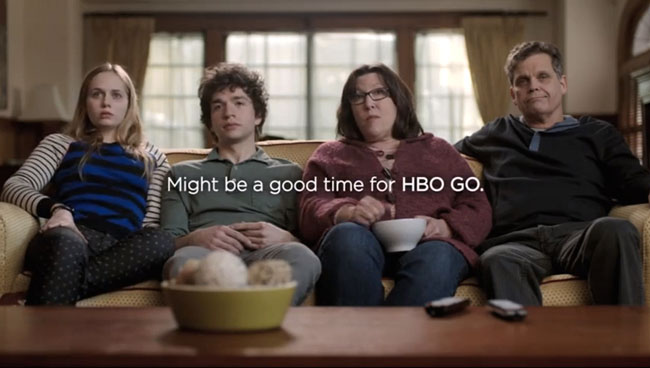 HBO GO emerged in 2010 and while other similar platforms like Netflix were taking off HBO GO wasn’t keeping up. They had all the goods to be as successful, but millennials just weren’t paying attention. This target group simply couldn’t afford or wouldn’t pay for premium television, which took HBO GO off of their radar. HBO knew that they needed to make a big splash to get the attention of millennials.

The insight: “No one wants to watch the sex scenes on Girls with their parents.” Those awkward moments we have all been through, watching sex scenes during a movie sitting on a couch with our parents. This insight led to the big idea: “HBO GO lets you watch your favorite HBO shows far, far away from your parents.”

They came up with several videos, and with a budget of only $300,000 most of the money went to the production costs. With only $115,000 left for media spending they decided to promote one key video and focus on repetition. They placed these videos on sites like Funny or Die, Buzzfeed, Gizmodo, Huffington Post, Reddit and Mashable where they knew they would get that high millennial traffic.

The videos gained over 2.6 million views in just 48 hours with an average of a 98% like rate.

View all posts by jsederberg2